My mum can’t stand fantasy, because it isn’t real. If you ask her about fantasy, she’ll complain about magic spells and monsters and elves and hobbits and whatnot.

My mum is one of the smartest people I know. She has a PhD (​Petrarch et le Pétrarquisme avant le Pleiade if you’re interested), and has read way more books than I have. She’s tried all the great fantasy books, and read C S Lewis as a child – but thought of it as more of a fairytale. 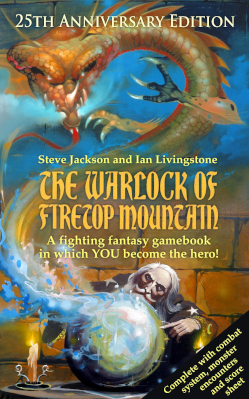 I’ve written about magic before. Quite a lot actually, and to help with this post, I’ve posted a couple of chapters from my book, Edit Ready.​

In most fantasy books, magic is a means of achieving goals that would otherwise be impossible, or provides a variety of alternative means to solve problems that would be unavailable in the real world, because… well let’s face it: because physics.

Magic is also a source of problems, difficulties and obstacles that don’t exist in the real world. However, usually, when magic creates a problem in a book, it’s an analogy to some form of real world problem.

Subgenre “a boy and his dragon” is all about how a young boy, generally an outsider or a loner, probably with a poor relationship with his parents (or an orphan) who fits in badly with his peer group, befriends a young dragon and through their cooperation, comes of age. It’s an oft-mocked archetype (I often mock it, at least) but it can be (and has been) done extremely well, and it’s popular. It’s also rather fun to edit, and an extremely good story to attempt if you are a first time writer.

But because the dragon is a separate entity, the author has to work with the interaction and cooperation of two personalities, and this generally results in characters that are more accessible, and a story that is less likely to wallow in self-indulgence or go completely off the rails than it’s BAD FANTASY counterpart, A Boy and his Magic.

The story soon becomes about how the boy develops in, and masters his power, and then, well…

Okay, so not always. Sometimes the boy doesn’t settle old scores. But usually he does. Sometimes he doesn’t lord it over all those who used to look down on him. Actually, sometimes he just laughs up his sleeve at them.

What’s wrong with this story, apart from how predictable and lazy and banal it is, is that the boy’s mastery of magic becomes a means to an end, and that end… it’s just power over the world. It’s a childish fantasy of adulthood, that most of us know adulthood is nothing like.

And that’s what BAD FANTASY does.

It’s exactly the same with Science Fiction. Most of those people who say they don’t like or never read science fiction (yes, this includes my mum), expect Science Fiction to propose imaginary technology to deal with real problems. Just ask. That’s what most of them think Science Fiction is – being able to do stuff we can’t do (yet) through made up or at best extrapolated sci-tech.

And that sort of SF does exist. It’s called “Bad Science Fiction.”

Good science fiction provides an alternate setting for real problems, or, best of all, imagines real people in situations that can’t exist, and explores their reactions to it, in a realistic way.

… there sits Pan, cross-legged, the trills from his pipe flowing downstream in harmony with the babbling of the water. And the boy with the dragon is hand in hand with the boy with the magic, the dozing dragon coiled loosely around the grassy tump on which they sit. The dragon boy is trying, patiently, to explain how listening, and how kindness, and friendship, are the routes to adulthood, while the magic boy stares in wonder at how it is possible to be so calm, and so contented.

You see, fantasy stories are almost always allegories for the process of making sense of the adult world. If you hand someone fabulous godlike powers when they’re a kid, they don’t grow up. And no matter how much success they achieve, no matter how much dominion they obtain, they never really come to understand other people, and never find happiness.

I put it to you that one of this year’s American Presidential Candidates is Magic Boy, and the other is Dragon Boy. I’ll… er… leave you to guess which is which, and most of all, which one has read the most good stories.